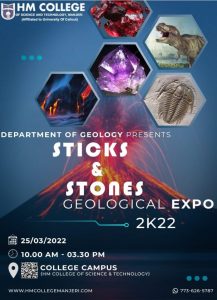 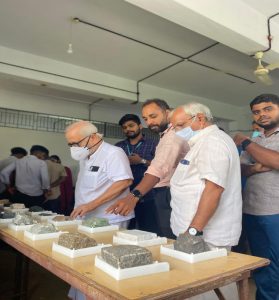 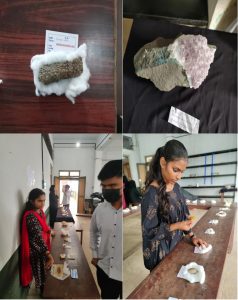 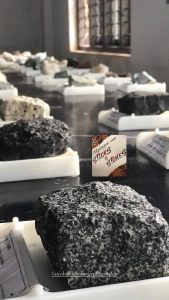 The department of Geology conducted an exhibition named “Sticks and stones” on 25th
march 2022 with great Success. The aim of the program was to showcase the various
aspects of Geology. We started the session with a inauguration ceremony .The program
was inaugurated by the principal , which was shortly followed by the welcome speech by
Mohammed Rafid v p Assistant professor of Geology Department. The presidential
Speech was Given by Mrs Athira K Head of Department of Geology and Felicitation was
by Vice principal Mohammed Aseem P, Followed by Zeenath K P Staff Secretary ,
Arshadh Khan HRD secretary.
The exhibition displayed the several aspects of Geology through specimen models, Charts
etc..A documentary was prepared by the students of department which aimed to educate
guests about the origin of earth and scope of Geology.